January 9, 2023 - Vaughn Bridges has retired from Central Maine Power after an incredible 64 years working for Maine’s largest electric utility. The 86-year-old Service Worker 2/C had the longest tenure of any member of IBEW Local 1837 and apparently worked longer than anybody for any Avangrid affiliate.

“As far as I know, nobody from Spain, Japan or anywhere has worked as long,” Brother Bridges said. “When they were handing out service pins, that’s when they realized it.”

Starting out as a Meter Reader Apprentice in Bucksport in 1958, Bridges worked many jobs at CMP, moving to the Belfast Service Building around 1973 and up through the ranks, finishing his lengthy career in Belfast.

“I really loved my job and the people around me,” he said. “Everyone has been great. I have no complaints.”

Bridges is part of the CMP retirement wave at the end of November when higher interest rates were set to adversely impact the lump sum payouts on defined benefit pension plans. It just made good financial sense for him and dozens of other employees to retire at that point in time.

“It was time for me to go although I still would like to be working,” Bridges said. “It was a long time, but it went fast.”

Relaxing one afternoon at his Verona Island home that he designed and built himself only a mile from where he was born, Vaughn’s health and vigor is better than many folks 25 years his junior.

The closest he came to admitting any physical limitations that come with age was when he said that “lugging that ladder around was really heavy.”

Married for more than 60 years to his wife JoAnn with four children, one stepson and five grandchildren, Vaughn Bridges may be done at CMP but doesn’t plan to spend much time on the couch watching television.

As Vaughn looked out his front door at the end of an interview, he smiled and offered a quick joke to a visitor.

“Say hello to everyone at the union office for me. Tell them they’ve lost the guy who probably paid the most union dues!” 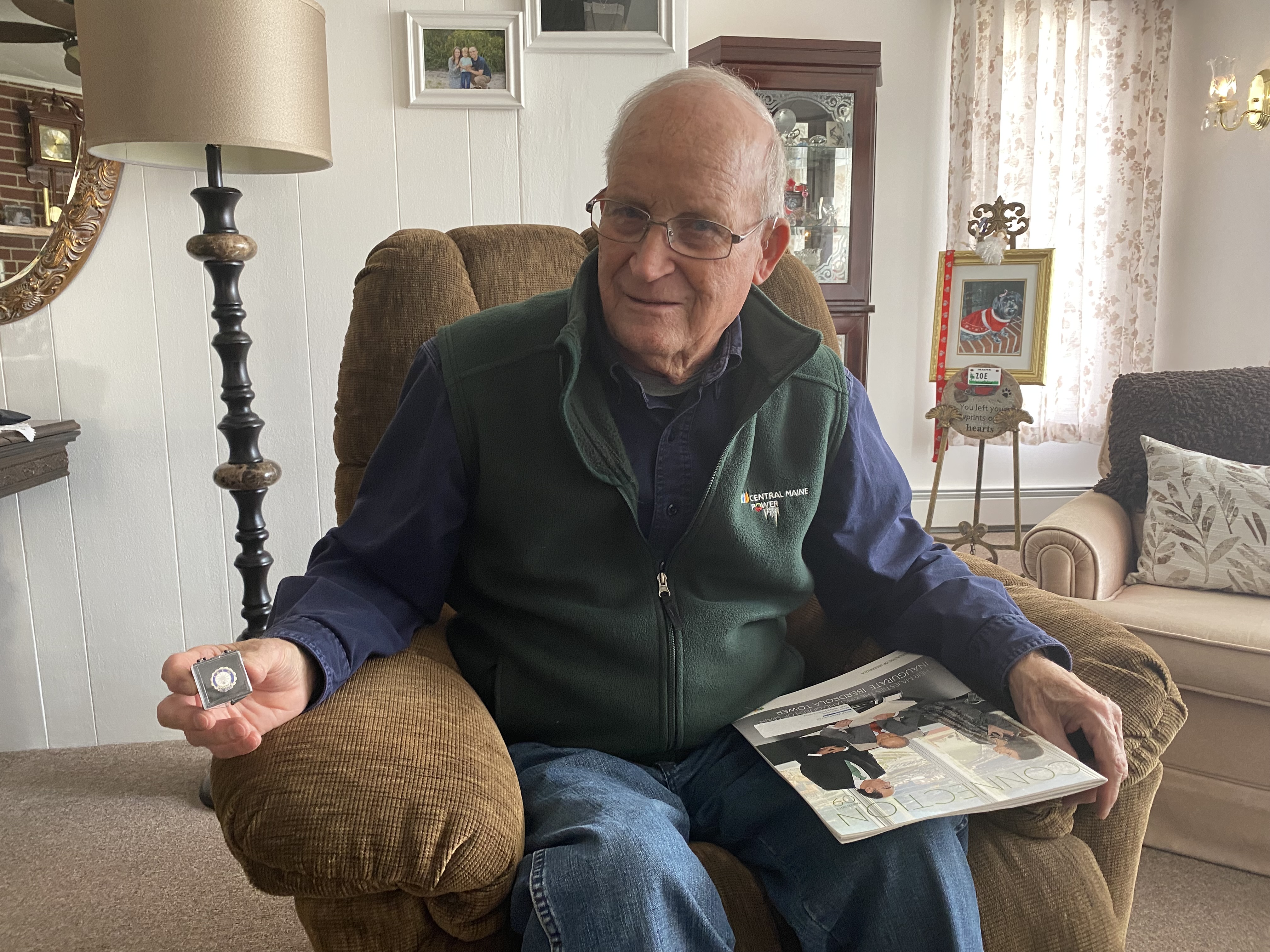 Brother Vaughn Bridges admires his new "IBEW retiree" pin presented to him by a member of the Local 1837's staff late last year.