IBEW members working at Central Maine Power voted to approve a new collective bargaining agreement with guaranteed wage increases and annual bonus payments, and without significant concessions of any kind. Voting took place at 15 different locations throughout the state on Wednesday, May 5th. The contract takes effect immediately and runs through April 30, 2025.

“The ratification of the new 4-year contract agreement with Central Maine Power is a significant step in the right direction for our members and for Maine’s largest electric utility,” said IBEW 1837 Business Manager Tony Sapienza. “After months of negotiations we were able to come to an agreement that

the negotiating committee and the Union leadership could recommend to our members. Our members are proud of the important work they do serving CMP’s many thousands of customers and this agreement demonstrates that the company recognizes the value of our commitment to them.”

The Union and the Company met a total of 15 times in March and April at CMP’s General Office in Augusta with both sides limiting the number of people at the bargaining table as a COVID-related precaution. The Union side brought in a limited number of other members beyond the core negotiating committee for one or two days at a time to gain the benefit of their specific knowledge and experience.

Union negotiators sought wage adjustments across the board and presented detailed data when and where it was available to bolster their arguments.

adjustments as the data conclusively proved they were underpaid and the Company found it increasingly difficult to attract and retain people in those positions.

The Company initially proposed eliminating sick time “banks” for employees hired prior to 2014, switching to bi- weekly pay, changing some permanent holidays and instituting penalties for those who fail to meet a minimum response level for call-outs. Those proposals were eventually dropped. Union members will continue to have the same health insurance and sick time benefits without any changes.

“We appreciate the company’s willingness to make wage adjustments in all job classifications while leaving the benefits our members have earned largely intact,” Brother Sapienza said. “While it’s clear from the feedback we’ve received from our members that those wage adjustments didn’t satisfy everybody, we believe that we can continue having a productive dialogue with the company about these and other issues moving forward.”

In addition to Business Manager Sapienza, Assistant Business Manager Renee Gilman led the Union Negotiating Team with retired Business Manager Dick Rogers serving as a Senior Advisor. They were joined by Derek Willette, Terri MacDonald, Michelle Crocker and Greg Fortin. Other members of the team who were only able to sit at the table for a portion of the talks because of COVID restrictions included Eric Lunt, Cale Dyer, Dan Washburn, Troy Ellis, April Barnes, Tim Gordon and Todd Hatch.

More than 675 members of IBEW Local #1837 at CMP serve 646,000 customers from Kittery to Jackman and operate from nine service centers across Maine. They comprise the largest bargaining unit of the Local. The contract covers field and support workers in the line departments, meter departments, substations departments, customer service

IBEW 1837 members at Wyman Station have narrowly approved a 3-year contract extension with modest wage increases each year. Members will receive a total wage increase of 4.49% over the term of the agreement and a

$750 signing bonus. All the other terms and conditions of the current contract agreement will remain in effect through October 30, 2024.

“I’m grateful to our Chief Steward Travis York, Assistant Business Manager Renee Gilman and former Business Manager Dick Rogers for their hard work in negotiating this agreement,” said Tony Sapienza, IBEW 1837 Business Manager. “We know from the close vote that not everybody is satisfied with this agreement but it was a substantial improvement from the Company’sinitial offer and we believe it was the best agreement we could get at this time.”

The Wyman plant, a local landmark located on Cousins Island in Yarmouth, was built on a 122-acre site in 1957.

Once a base load plant, Wyman Station is now an on-call peak load facility that runs infrequently, usually during prolonged hot or cold spells. Much of the plant’s current income is obtained through capacity payments. In exchange for those payments, they have an obligation to be ready to run the plant when called on to do so. Wyman is owned and operated by NextEra Energy Resources and employs about 20 members of IBEW 1837, down from more than 50 when it ran more often. Owned by Central Maine Power until it was forced to sell it after deregulation of the electric power industry, it takes its name from former CMP President William F. Wyman, son of the company’s founder.

2020 was a rough year but at least one good thing came out of it: Workers at the Kittery Water District overwhelmingly ratified their first contract with IBEW Local #1837. The 15 workers

“We’re grateful to negotiating team members Linda Johnson, Matthew Crosby, and Brandon Woods for the time and effort they put into making this a good first contract,” said IBEW 1837 Organizer and Business Representative Matt Beck. “The contract guarantees that they will be able to maintain the good wages and benefits they currently enjoy while making other substantive improvements as well.”

Although the employees at Kittery Water District had been in IBEW Local #1837 through most of the 1990’s, both sides at the bargaining table approached the negotiations as if this was the first contract agreement for them. IBEW 1837 Business Manager Tony Sapienza and attorney Jeff Young also participated in the bargaining along with Beck and IBEW 1837 notetaker Sue Ekola. 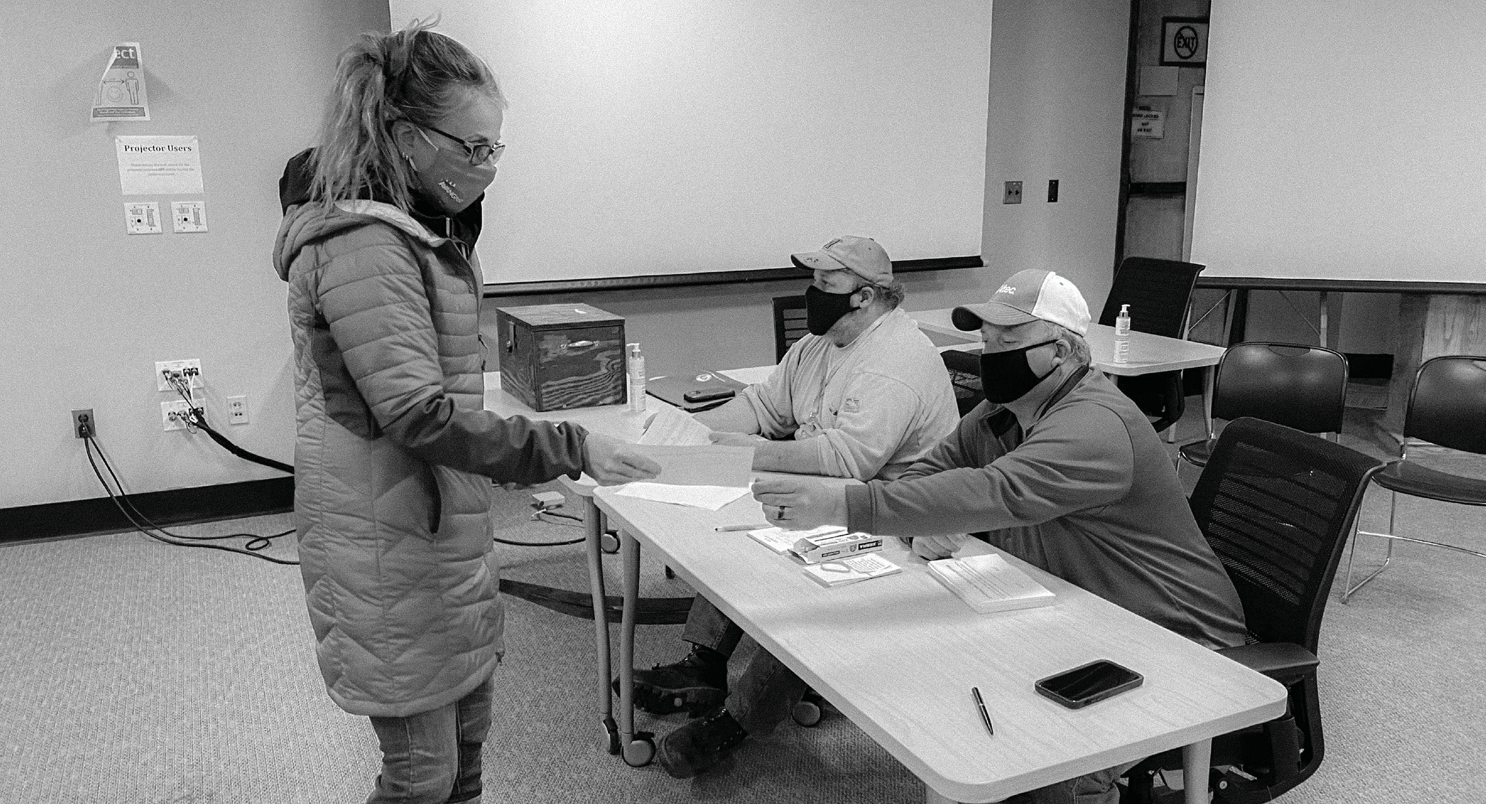