March 16, 2021 - A proposal to amend the state’s Kennebec River Management Plan would remove at least two and eventually as many as four dams where IBEW 1837 members work generating electricity. The dams are owned by Brookfield Renewable Partners.

Maine’s Department of Marine Resources (DMR) said removing the Lockwood Dam in Waterville and the Shawmut Dam in Fairfield would allow endangered Atlantic salmon to move upriver to spawn and create new recreational opportunities and economic development. But others noted that removal of the dams would negatively impact recreational opportunities that the dams provide, hurt the local economy, cause tax increases in local communities and lead to the loss of good-paying union jobs. and properties along the river, create job losses and cause municipal tax rates to increase.

IBEW 1837 member Ed Goodale testified at a public hearing about what he’s learned after working on Maine rivers for nearly 33 years.

“The people doing these jobs truly care about their river system and feel more like a steward of the river than just a hydro tech,” Goodale said.  “Brookfield and their employees have proven they can and will operate their generating stations both safely and environmentally friendly. All work is done with safety and the environment in mind first.  Brookfield and their employees maintain the motto of doing the right thing.”

Matt Beck is an Organizer and Business Representative for IBEW 1837 and helps to represent 29 workers at Brookfield throughout the state.

“As Maine lost thousands of good-paying Union jobs in manufacturing throughout the state, jobs that allowed people to buy a home, raise a family and have enough financial security to retire with dignity, those kind of jobs became harder to find. Any steps that may be taken to remove dams will have unintended consequences that will be difficult to reverse,” Beck said. “If the dams go away, many of those good jobs will go away, too. As was the case with shuttered factories and mills, those workers, our members, are unlikely to ever find jobs with the wages and benefits that they have now.”

Maine DMR officials said the proposed river plan change is just a document and it is unclear what will happen and when, including whether dams would be removed. They said such a major move would require significant public input beyond the public hearing and would likely take several years to accomplish. The Weston Dam and Hydro Kennebec Dam have also been considered for possible removal at some point in the future but are not included in this proposed river plan change. 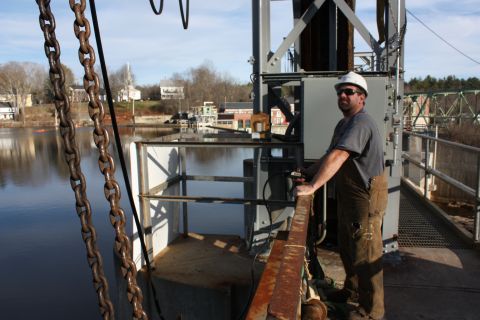