December 9, 2021- Members of IBEW Local #1837 at WGME-TV 13 in Portland have approved a new 3-year contract agreement with substantial raises in 2022 for all members in all job classifications, ranging from 5.2% up to 49.9%. Most members will see a wage increase of at least 7% in 2022, followed by an additional 5% over the next two years. The contract vote took place on Wednesday, December 8, in a church basement near the Portland studios of the CBS affiliate.

IBEW 1837 represents more than 40 people who work behind the scenes at WGME-TV 13 as well as WPFO-TV 23, a Fox affiliate. Both are owned and operated by Maryland-based Sinclair Broadcast Group. These hardworking broadcast professionals include the Operating Technicians, News Editors, Assignment Editors, Photographers, Engineers, Producers and Directors who create and produce a variety of news and public service programs, commercials and special projects.

The contract vote came after a series of union meetings starting in early summer where members prepared contract proposals and discussed the problems they were having at work. Like many workers, they first struggled to do their jobs through the pandemic and later had to contend with a ransomware attack against Sinclair that forced them to scramble just to keep the stations on the air.

When the company’s wage offer during negotiations fell far short of what the Union Negotiating Team was seeking, members voted overwhelmingly to reject the Company offer and authorize a strike.

While the Union’s lead negotiator continued discussions with a Federal Mediator and Company attorney, members got organized and prepared to strike, painting picket signs and recruiting volunteer phone tree captains to keep members informed. Eventually, the Company found more money and improved their wage offer, finally showing the appreciation for the value of their employees that they had expressed across the bargaining table. This led to a Union Negotiating Committee recommendation to approve the contract and another membership vote, this time ending in ratification.

“I want to congratulate our lead negotiator Dick Rogers for his great work on this,” said IBEW 1837 Business Manager Tony Sapienza, “along with the rest of the Negotiating Committee: Chief Steward Jack Amrock, Kaitlyn Hegarty, Matt Beck and Pierre Maurice. They did a great job. I appreciate the unwavering support that our members gave our committee from the very beginning of this process. That’s what we need to get good contracts.”

"I am proud of our membership,” said Chief Steward Jack Amrock. “They had the courage to say “No, this is not good enough!” to them. While we didn't get everything we were looking for, we have laid the foundation for the future and have sent a message to the Company that we expect to be treated fairly and won't be taken advantage of anymore." 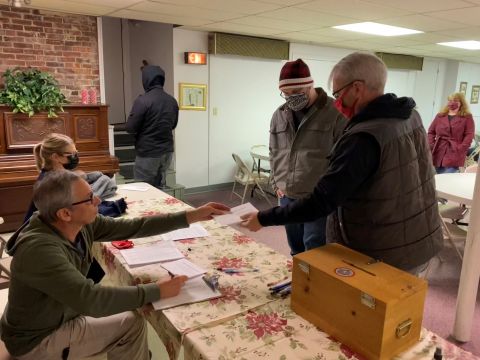