Working Families in NH Face Another Attack on Their Unions

February 9, 2021 - Anti-union politicians in Concord and out-of-state special interest groups are back at it again. They’re trying to cut wages and benefits for union members by supporting more deceptively titled “Right to Work” legislation, Senate Bill 61.

Right to Work should be called “Right to Work for Less!” It doesn’t create any jobs or give anybody rights. It simply undermines the ability of working people to join together in strong unions by attacking their unions’ financial health. When unions are undermined in this way, wages, benefits and safety for workers all suffer as a result. In fact, what these special interest groups really want to do is abolish unions altogether.

“This will be devastating for the hardworking men and women in New Hampshire,” said IBEW 1837 member Pat Moran, a Troubleshooter at Eversource.  “This will lead to low paying jobs, jobs with less benefits and in general employees that have no care for their employers.”

If Senate Bill 61 is passed by the New Hampshire Senate, it would then move on to the House of Representatives where it would face additional hearings and a vote by that legislative body.

“Our members know that these bills are designed to hurt them and their families and they’re speaking out and contacting their elected representatives,” said IBEW 1837 Business Representative Matthew Beck. “Wages in so-called right to work states are 16% lower on average and why would anybody think that’s a good idea?” 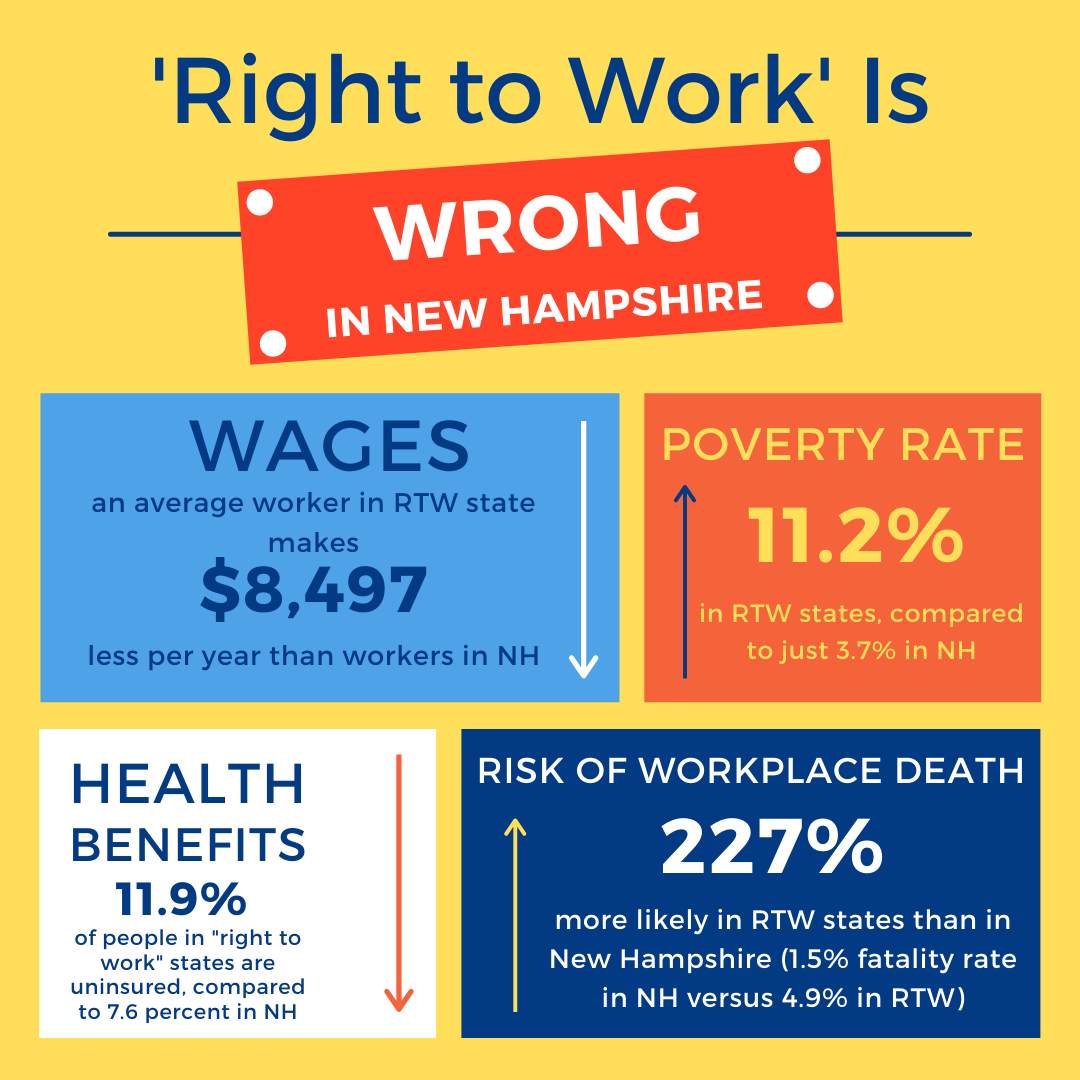