April 20, 2022 - IBEW Local Union #1837 members at the electric utility serving a large swath of northern and eastern Maine have approved a two-year contract extension offer with pay increases for all classifications and no change in their health insurance premiums or other benefits for the term of  the extension.

Effective June 1, 2022, all workers will receive at least a 2% wage adjustment followed by a 3% wage increase in January 2023 and another 3% increase in January 2024. First Class Lineworkers, Electricians and those in Customer Service Representatives will receive larger pay increases to bring them up to the pay level of workers in comparable jobs at Central Maine Power, Maine’s largest electric utility. A 30-minute paid lunch was added to some job classifications resulting in a 30-minute shorter workday for those workers.

“We’re grateful to our Union Negotiating Team, Stewards and members for their participation in the process,” IBEW 1837 Assistant Business Manager Renee Gilman said. “Although we thought this was a good deal for our members, we heard from some that weren’t completely satisfied with Versant’s offer and we plan to raise those issues with the Company at upcoming Labor-Management meetings.” 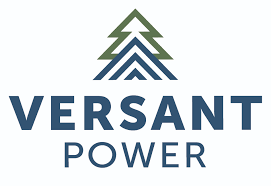