December 30, 2020 - At least one good thing has come out of a very bad year: Workers at the Kittery Water District have overwhelmingly ratified their first contract with IBEW Local #1837. The 15 workers at the water utility include office staff, filtration plant workers, laborers, meter readers, service technicians and others.

“We’re grateful to negotiating team members Linda Johnson, Matthew Crosby, and Brandon Woods for the time and effort they put into making this a good first contract,” said IBEW 1837 Organizer and Business Representative Matt Beck. “The contract guarantees that they will be able to maintain the good wages and benefits they currently enjoy while making other substantive improvements as well.”

Although the employees at Kittery Water District had been in IBEW Local #1837 through most of the 1990's, both sides at the bargaining table approached the negotiations as if this was the first contract agreement for them. IBEW 1837 Business Manager Tony Sapienza and attorney Jeff Young also participated in the bargaining along with Beck and IBEW 1837 notetaker Sue Ekola.

The 2-year contract agreement includes 2.5% wage increases in each year and maintains 100% health insurance coverage paid for by the Kittery Water District. Other improvements included new requirements by management to give employees advance notice for schedule changes and improving opportunities to earn overtime pay. It also instituted a grievance and arbitration process for any violations of the agreement.

The employees were able to take advantage of a new Maine state law introduced by Rep. Mike Sylvester of Portland that recognizes unions if a majority of municipal workers in a bargaining unit sign cards stating that they would like to be represented by the union. This allows workers to avoid a drawn out election processes after they’ve already decided to collectively bargain a contract with their employer.

The Kittery Water District serves Kittery, Eliot and a portion of York, Maine. They provide drinking water to 12,000 people in addition to the Portsmouth Naval Shipyard, their largest governmental customer. 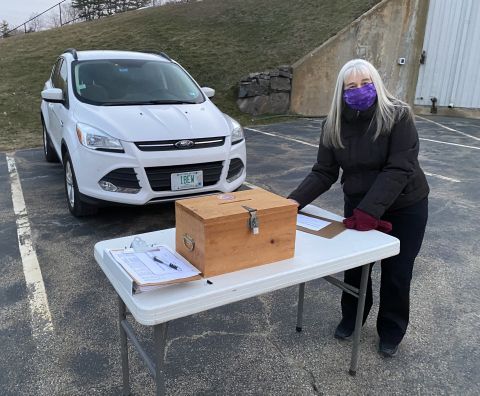